The Hillary Clinton email scandal has been rocking the 2016 presidential election for months now, and with the election only a week away, a few CU Nooz sleuths have discovered some pretty controversial emails sent by Hillary regarding Cornell University. All Cornell students should read the following emails, and take them into consideration when deciding who to vote for on November 8th.

1. This email sent to former Democratic National Committee chairperson Debbie Wasserman Schultz before the first presidential debate, which clearly takes advantage of the words of our founder, Ezra Cornell. 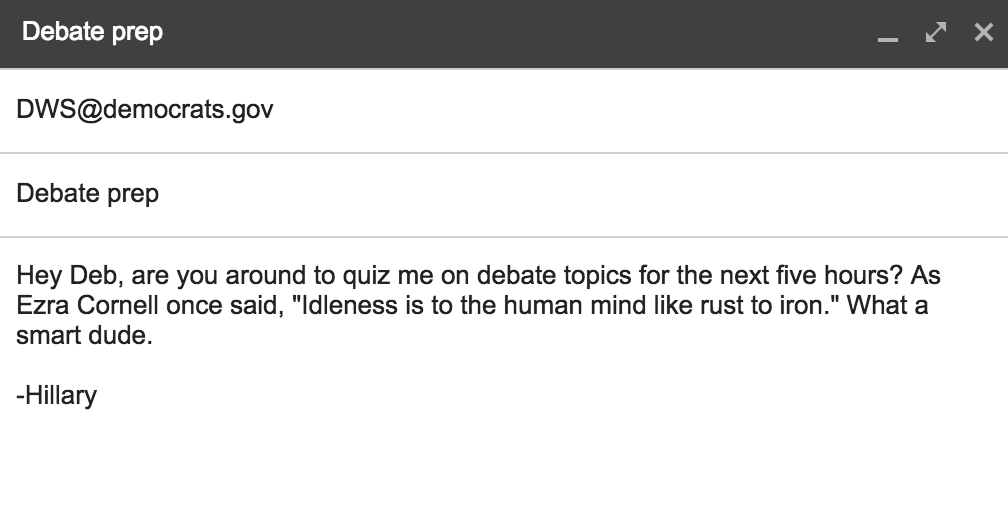 2. This Cornell-based threat towards fellow democrat Bernie Sanders, during the primaries. 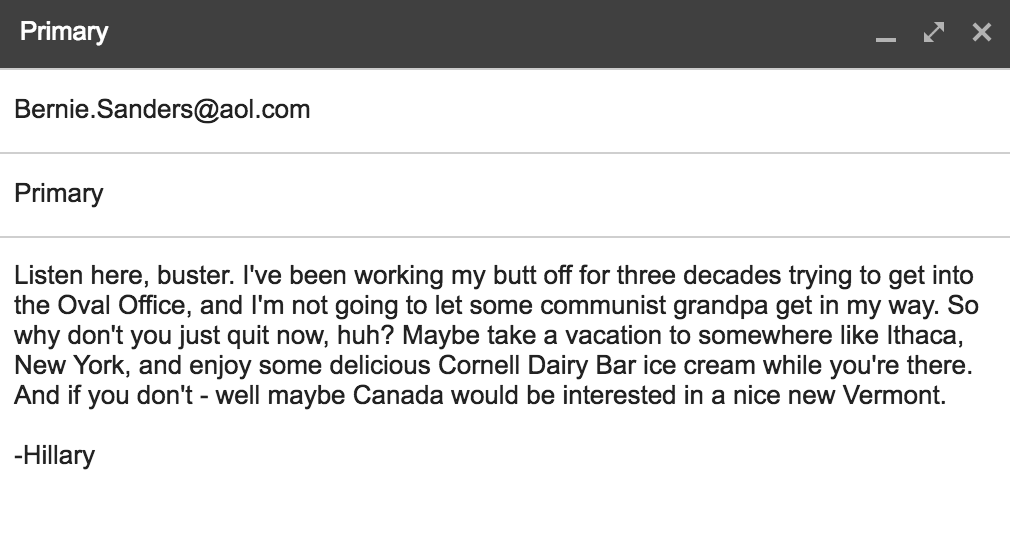 3. You think Hillary and Obama aren’t in cahoots? Guess again. Check out this email filled with Cornell references sent right before the 2012 election.

4. This stern warning towards husband and former president Bill Clinton. Nice try being subtle, Hillary, but we know which Ivy League University you’re talking about. 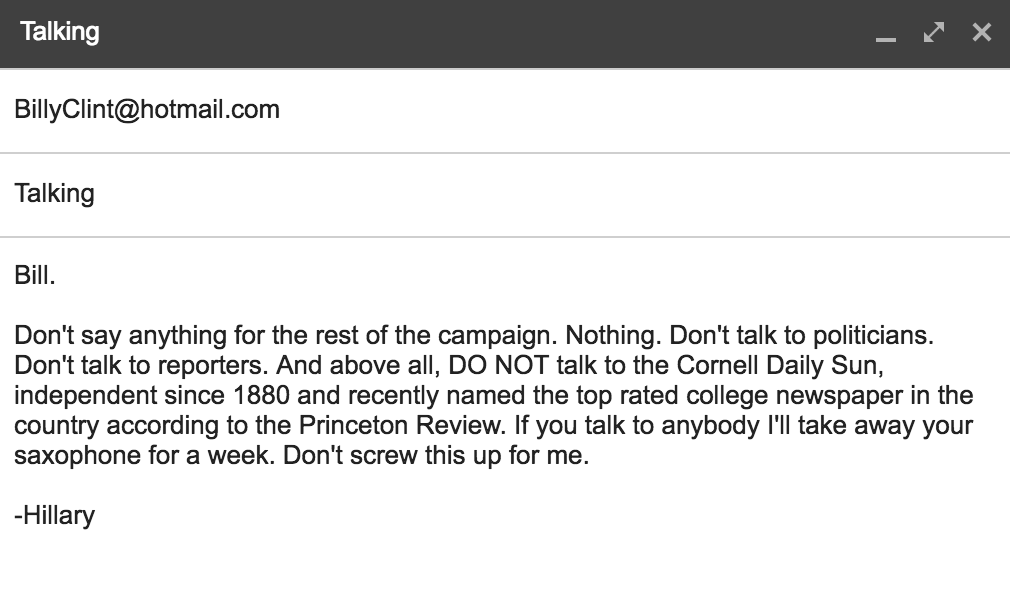 5. The most damning one of them all- Hillary Clinton, clearly reaching out to Republican Candidate Donald Trump, and potentially rigging the election! 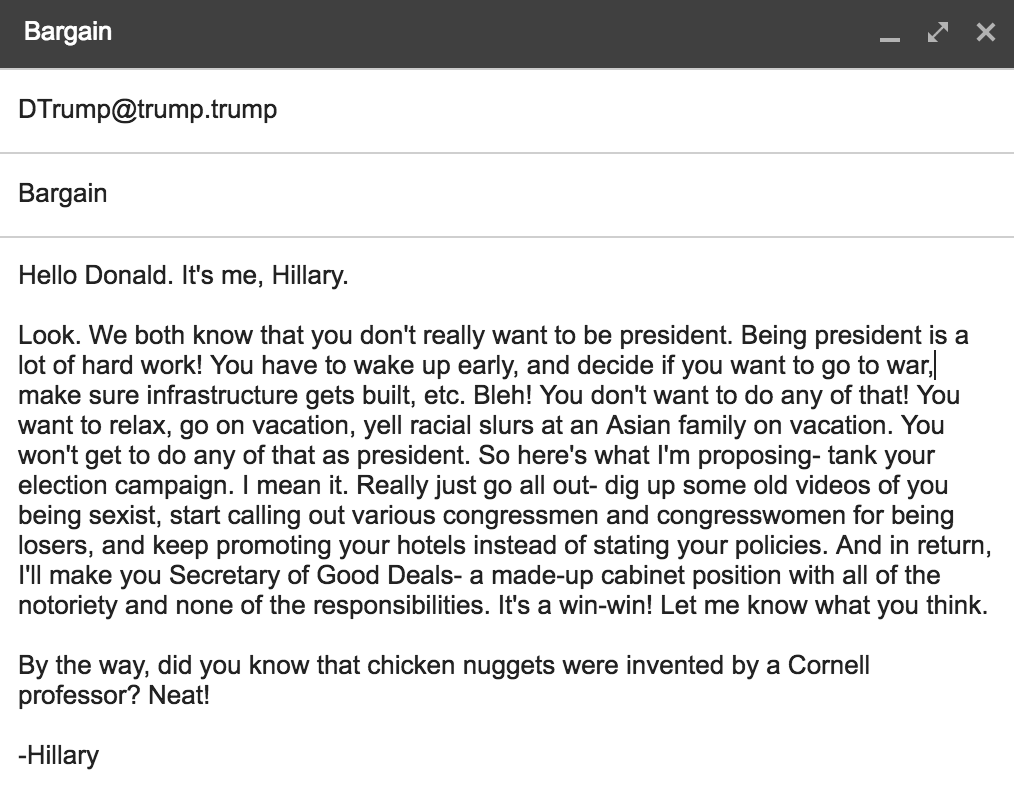 Wow. Maybe Cornellians should reconsider whether or not they want to vote for a president who had her private emails exposed and mentions Cornell University at a surprising rate for someone who never went here.