While some argue that we live in a post-racial society, a recent study by Cornell University’s Center for the Study of Inequality (CSI) suggests there is still work to be done.

To prove that racial minorities have a more difficult experience finding jobs, researchers composed two nearly identical resumes. The resumes had the same work experience, education, and skills. The only difference was the name at the top. These resumes are shown below. 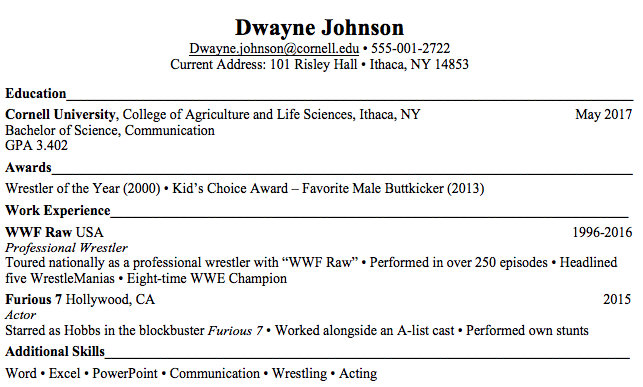 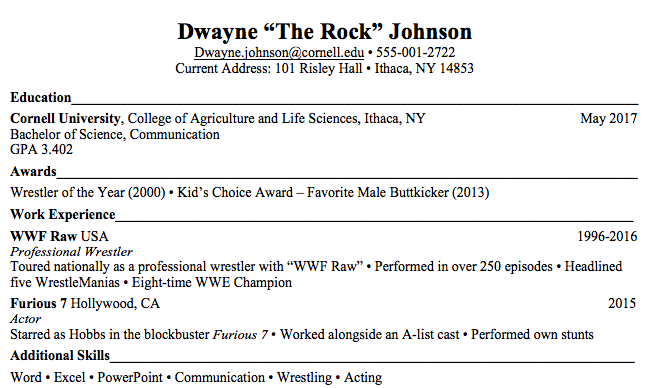 This just goes to show that we have a long way to go before there is equality for everyone, whether they are black, white, or wrestler/actor/celebrity icon.

What does this study say about race and wrestling in America? let us know in the comments!