So you’ve decided to take a phone break after 30 minutes of excruciating quality time with your aunts and uncles. We don’t blame you.

We’re sure you’ve heard enough about how big you’ve gotten since five years ago and how Cornell is “one of those liberal safe space campuses.” You’ve survived the arrival of family members, and the kiss from grandma that was somehow wet and dry at the same time, but your excuses for avoiding conversation are running thin. Well, fear not! We’ve constructed the perfect article for you to avoid conversing with your family for at least the next ten minutes.

You’re going to want to start by reading this sentence here. This is a different sentence. Really pretend to focus on these sentences. At this point, try nodding your head to show you’re really interested in what this article is saying, and that you intend to read more of it. Don’t act too interested though, or someone might ask about it. Keep reading. Keep reading. Keep reading, keep—for the love of god don’t look up or they’ll talk to you keep reading. 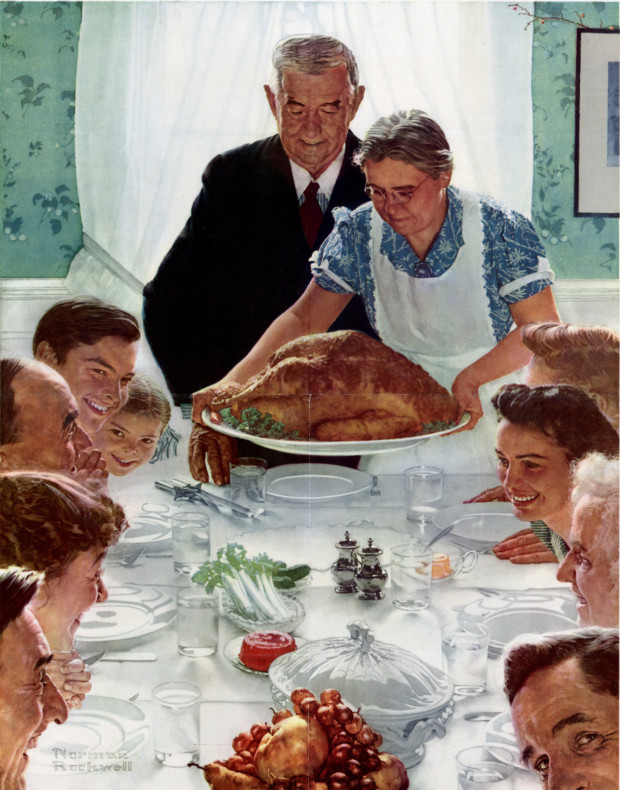 Here is that one white people Thanksgiving picture. This will reassure anyone peeking at your screen that this is just a boring article about Thanksgiving. It has nothing to do with politics or sports, so any attempt at conversation based on your screen will stop dead in its tracks.

While we’re at it, let’s supplement that photo with some fun Thanksgiving facts. Did you know that the first day of Thanksgiving was declared by the Plymouth Colony to atone for the killing of 700 members of the Pequot tribe? Probably shouldn’t mention that one to your family unless you want to start an argument that will end up being about NFL players kneeling, for some reason.

To avert another racially charged debate with Uncle Jim, give this one a try: “Did you know that the first NFL game on Thanksgiving day was played in 1920?” That’s uninteresting enough not to warrant a follow-up, so you can get back to avoiding.

So how long has it been? 5 minutes? 10 minutes? If you need more time, feel free to scroll up to the top and repeat, or just lock yourself in a closet until November 23rd.